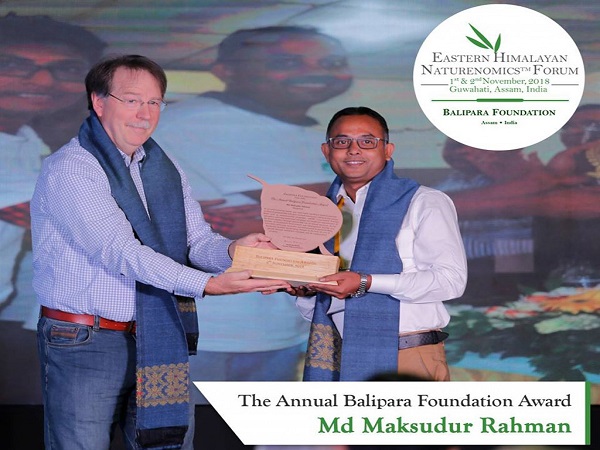 The Annual Balipara Foundation Award 2018 is accorded to Mr. Maksudur Rahman as a Grassroots hero and environmental leader for his outstanding contribution for the protection of wild nature and in the arena of nature conservation as well as social impact in Bangladesh and preserving the bio-cultural heritage of the Sundarbans through his organization Bangladesh Environment and Development Society (BEDS). The Award is presented by Mike Korchinsky. The Assam-based Balipara Foundation is an environmental organization that is working to develop Green Economy in India and as well as in the whole world. The annual meeting of the Balipara Foundation was held on 1st and 2nd November, 2018 in Guwahati, Assam and representatives from more than fifty organizations of 13 countries working on environment, wildlife conservation, green economy etc. participated in this meeting. Mr. Rahman has been working for 18 years in various fields like; environmental protection, wild life conservation, livelihood improvement of the forest dwellers living near the villages adjacent to the Sundarbans and also for the sustainable usage of forest resources. He and his organization are working relentlessly with the objective to connect people with nature.
https://baliparafoundation.com/en/blog/mr-maksudur-rahman. 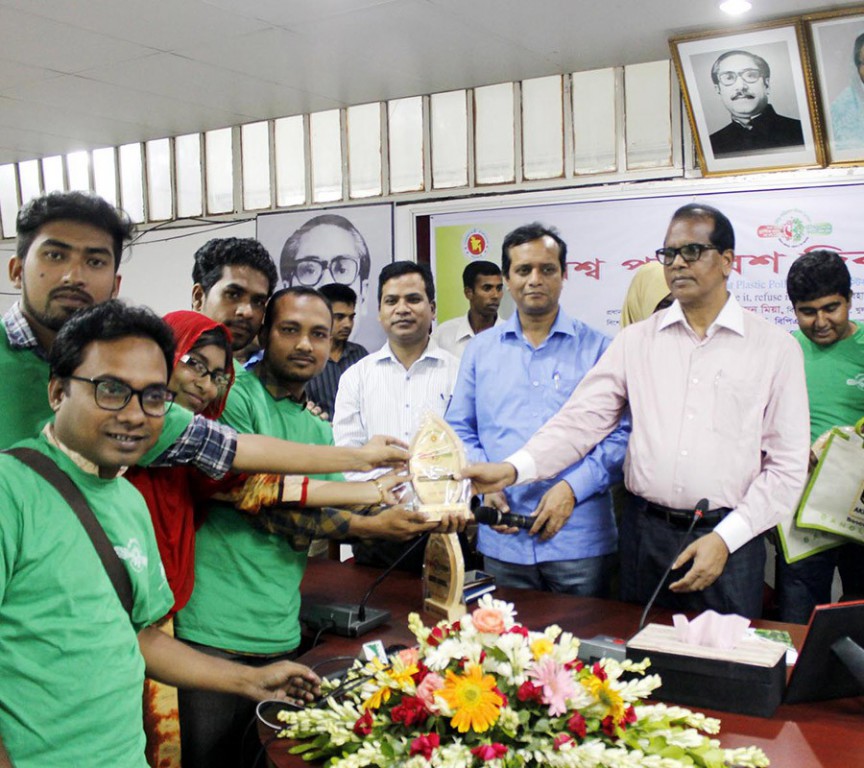 Bangladesh Environment and Development Society (BEDS) has achieved National Energy Globe Award 2018 for its significant contribution on environmental protection. This Award was handed over through a program at Motijeel, Dhaka on 19th November 2018 in the conference room of BUILD. Chief Executive of BEDS Mr. Md. Maksudur Rahman with his colleagues received the award. The Award was handed over by Christoph Pfeifer; Business attaché, Austrian Embassy, commercial section, New Delhi, India and representative of Advantage Austria.
https://www.energyglobe.info/bangladesh2018?cl=en&id=251556

This prestigious award was given for BEDS and Korea Green Foundation (KGF) implemented Eco Village Project. Theme of this project is to solve the integrated social and environmental regional problems by the local people through comprehensive initiatives considering the ecosystem. The project was started in 2015 in Banishanta union under Dacope sub district of Khulna district of Bangladesh. The total activities of Eco Village project were divided into three programs, named Green Housing, Green Education and Green Business. Under Green Housing component, initiatives have been taken to solve drinking water, electricity, cooking fuel, riverbank erosion problems. As a result, a total of 4594 villagers are getting safe drinking water by using renewable energy and traditional water purifying technology, three thousand families of more than 16 villages have got solar based facilities including 2 Solar Stations. So, more than 90% people are leading an enlightened life. Local people are conducting small business using renewable energy. Electricity deprived students are getting facilities of studying at night as well as multimedia class. Only because of these activities, local government has declared Banishanta as the first ever solar union of Bangladesh. Local 300 families received Improved Cooking Stove (ICS). A total of 120,000 mangroves have been planted to reduce the acuteness of riverbank erosion.

Under Green Education component, 4050 students of 25 schools received environment and climate change education and 300 villagers received nature, environment and Sundarbans issues along with environment friendly agriculture and alternative income generation training.Under Green Business component, villagers received training on Eco Tourism, handicraft by ensuring the proper use of natural resources, local tour guide making and most of the trained people are self reliant now.

BEDS is a non-profit and non-government organization committed to maintain ecological balance and create harmony between human and nature. BEDS has been working with Environment and Ecosystem; Disaster Risk Reduction and Climate Change Adaptation; Clean/Solar Energy; Livelihood; Gender Development; Health and Sanitation; Women and Child Rights; Wildlife Conservation and Protection since 2010. 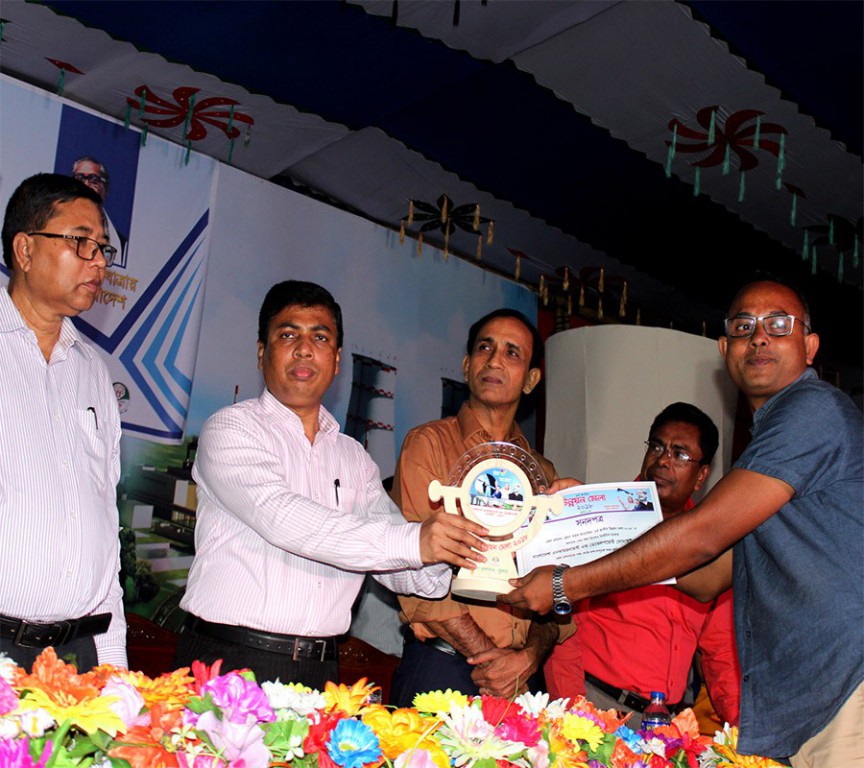 BEDS is hopeful, ready and determined to work in the long run to achieve the development goals set by the government to build a golden Bangladesh which can secure greater dignity in the global arena. We are grateful to all of our supporters, collaborators and networks members.